Look at your jewellery, you will find some writing like on the photo on the right.

Not everything that is written on this particular item is relevant to estimate its value. We just need to know the type of metal used and its purity. On modern jewellery there is a number like 375 , 750 that states the purity of the metal. The type of metal used is defined by the shape of the object that surrounds the number. If the writings on your jewellery does not look like the one on the photo, it is likely that this item is either ancient or from a foreign country

This ring is made of gold 18 carats.

Gold and silver in their pure form are not sufficiently durable, so they need an alloy to improve their wearing qualities. Traditional the metals used for the alloy of gold has been silver and copper, and copper in strengthening silver.

Goldsmiths are known to have been operational well before standards became law, and were marking their wares with makers markers and their won mark.

The craft or mystery of goldsmiths included silversmiths, and when the customer brought along his silver to be re-worked, maybe because it had been broken - or was no longer fashionable, or because he had bought it then the craftsman could add copper and keep back some silver. As Silver was worth more per grain than copper and likewise gold more than silver, the dishonest goldsmith could be on a good little earner.

So Edward I had his civil servants set out a statute the set standards in 1300.

Of each 12 ounces of finish silver there must be 11 ounces and two pennyweights (11oz 2dwt) There being twenty dwts to the ounce the sum becomes 11.1/12 or 925 parts per thousand this being the "(Ea)sterling" standard. Easterling being those nordic people from the East who revelled in silver as today with Georg Jensen jewellery.

Gold was determined to be 19 and one fifth carats or 19.2/24ths by weight which is 800 parts per 1000 This was known as the Touch of Paris. This means when the gold alloy was rubbed against a rock called a touchstone and the scratch left tested with a special acid 80% of the scratch would remain.

The guardians of the assay applied a mark - The Leopard's Head to show that the kings standard had been achieved, and the Maker also made his mark, often his initials o and a symbol. If later testing proved that the mark was incorrect then the maker and guardians could be held to account, and as the guardians changed over time it was necessary to indicate which year the items were marked to determine which guardians were in trouble.

Over the centuries there have been various changes to the accepted purities for gold and silver - and know platinum, and maybe soon Palladium. The history of these changes is a fascinating study and a copy of Jackson's Silver & Gold Marks of England, Scotland & Ireland, edited by Ian Pickford is invaluable. ISBN 0 907462 63 4, at a shade under fifty pounds.

Alternatively there is a reduced content paperback at about £7.00, and the ever faithful Bradbury's Book of Hallmarks which you can buy from your local bookshops or at Amazon - at £5.50.

Today 4 British Assay masters and their guardians operate, London, Birmingham, Sheffield and Edinburgh, with Ireland having an assay in Dublin. London has branches now in Hatton Garden, and opened at Heathrow in March 2008.

However through history there have been numerous "marks" applied in other cities and towns. The goldsmith would want to be able to have the mark applied locally for reasons of security, and timeliness. Some would want to have a local mark so as to be associated with a particular aristocratic family, or rich client, or church, while others would want to be associated with the guild in London. Just imagine the 18th century - Travelling up to to London with a trunk full of silver with footpads and highwaymen would have been nigh unthinkable. Today we have swift secure carriers. See a list of Town Marks at the foot of this page. So the marks were not necessarily backed by guardians of the assay standards

The Hall is the place where the items are tested. The Assay Mark is the statement of the highest purity standard the goods exceeded when tested or "assayed". The UK laws allow no downside tolerance, so the metal must be at least ..., rather than is .... . The "Hallmark" is the minimum of three elements, which hall or assay office, the purity assay, and Sponsor's Mark who submitted the item. Additional marks may now include the date letter, optional standard marks such as the sterling lion, and commemorative marks, and convention marks which indicate common controls across certain European Countries.

Palladium is now hallmarkable, the standard might be considered to offer potential for confusion as it is 950 so the outer form distinguishes between palladium and platinum, as does the weight palladium being much lighter.

There have been some significant changes to UK Hallmarking, but they are unlikely to have much effect in the market place for some time.

Gold has had two new standards introduced, at

, these are primarily for manufacturers and investment managers, they are not associated with British Jewellery. The same can be said for

Platinum has another new standard to supplement the original at 950, which is

, this in the longer term may have an effect as this brings the UK into line with some Japanese products.

Silver has a new commercial standard,

, this means that much jewellery and silverware which has previously be condemned as "Sub Standard" is now acceptable. This will bring into recognition European silver in the 800/835 grouping which will all be marked 800.

One piece of, in my opinion, of stupidity is the use of Silver permitted symbols. The Lion Passant

(Rampant in Scotland) is the mark associated with Sterling Silver. While

had a distinctively different mark. 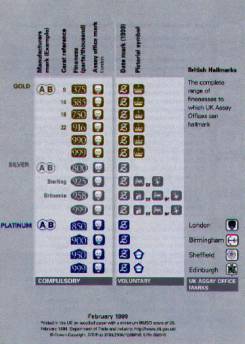 From a time gone by - I rarely see this additional today other than as a trade in from estates. Along side the 9ct Gold Assay Punches for Birmingham 1949 (Z) there is an additional mark - shaped like an 0 without joining at top and bottom - the Utility Mark.

These 9ct gold wedding bands weighing 2.1 grams were often the only choice for British Brides during the period of Rationing during and after World War II

I found these on a Statutory Instrument from Ireland number 327/1983 entitled: For silver articles exported from the United Kingdom with standards of fineness (800 and 830) not recognised by United Kingdom law.{at that time}

I've never seen one, but then I don't see much UK exported then re imported silver. These fineness grades were formerly substandard silver in the UK.

These should now be obsolete as these are now accepted standards. 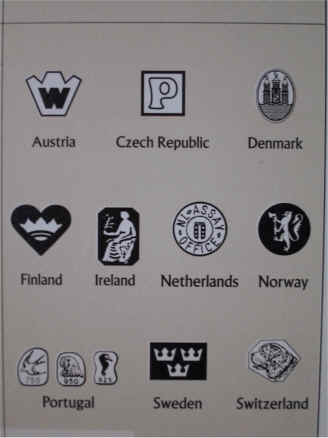 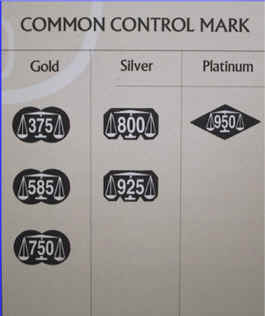 These pictures of an assay office publication may start you off learning about international convention marks.

The first writing on the left is the maker’s mark. This indicates who made the object. It is not very useful to estimate how much the article worth. However this inscription is mandatory.

Each Assay office is fiercely independent and a cost centre that must attract business, hence each office has a different website and different approaches. I hope these links help :

The second writing is the most useful : it states what kind of metal has been used to make the item and its purity. Below are most modern hallmarks you can find in UK.

Another inscription is the assay mark in which the article was tested. There are 4 assay offices in United Kingdom :Edinburgh, London, Sheffield and Birmingham.

These marks were to indicate the purity of the metal. They have been replaced with the modern numerical system shown previously

This is not mandatory and may not appear on your jewellery. A letter indicates the year of hallmarking. This can be applied in addition to mandatory marks. These letters are the same for all assay offices.

Here are the expected marks of the Indian Hallmark, Firstly the logo of the Bureau of Indian Standards, then a finess mark 916 = 22ct Gold, then a mark applied by an assay centre. These will be supplemented with the sponsor mark and a year letter. Once agreed they application of a common Control mark may appear.

This Catspaw is the triple crown of Swedish Hallmarks

This lion passant bearing a sword and numbered with 750 the fineness for 18ct gold is a Netherlands hallmark.

This is the Platinum Parrot from Portugal

Will you forget the elephant of Austrian Hallmarks ?

The Boujet is the Dublin Assay Mark


Check out our articles about Scrap gold and selling jewellery : 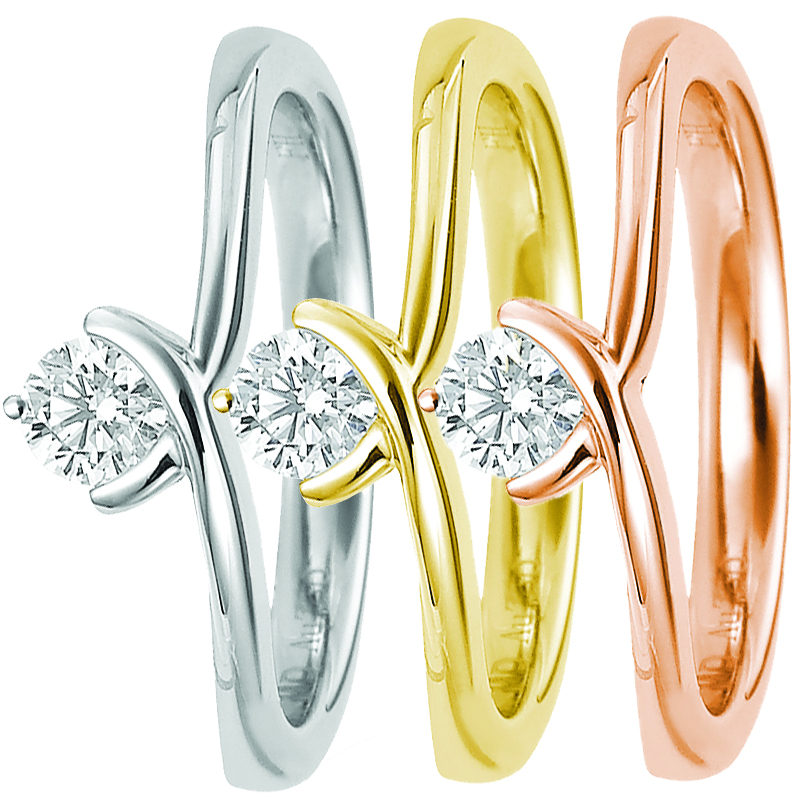 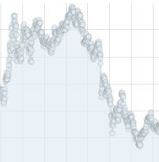 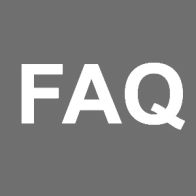 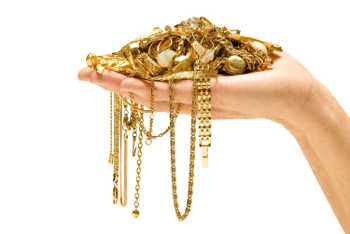 Should I sell online or at a shop ? 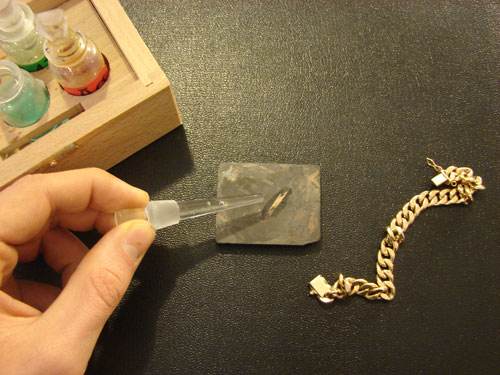 How to identify the metal and purity of a piece of jewellery ?